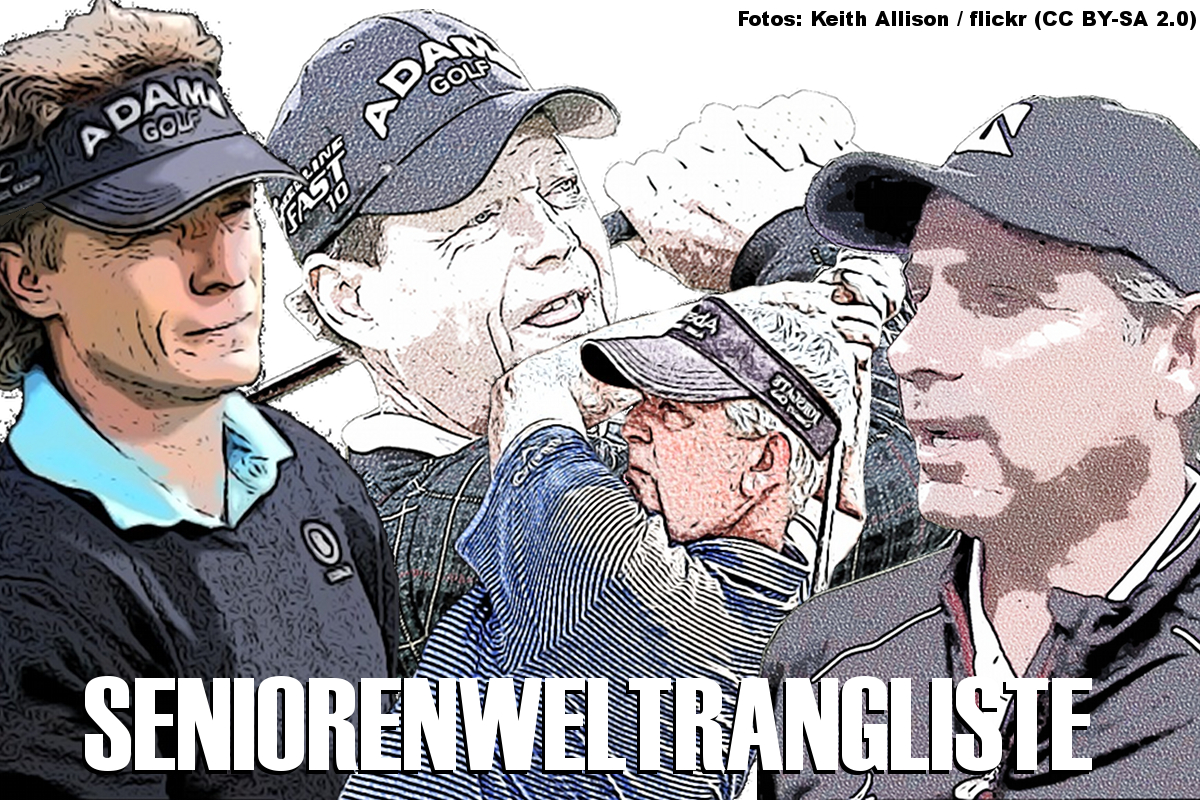 Calculating the Golf Ranking for Seniors

Golfers just love rankings. Every golf magazine has their own course ranking, there’s a Hot List for equipment, a List of the richest golfers and – of course – the World Rankings. There’s the OWGR for men, the Rolex Ranking for women, the WAGR for amateurs and last but not least for seniors… Wait! Is it possible that there’s no ranking for senior golfers yet? This has to end, not least because the dominating player on the Champions Tour, Bernhard Langer, hails from germany. That’s why we from spieltgolf.de invented the Golf Ranking for Seniors. the relatively unknown Senior World Golf Ranking which unfortunately has even more flaws than the Official World Golf Ranking.

The calculation of the ranking is in part inspired by the Official World Ranking but features some major differences. Here’s a short run-through.

…is of course the 50th birthday. But to be included into the ranking a player has to show the desire to be seen as a senior. At least one start on the Champions- or European Senior Tour is necessary.

…for the ranking is one year, unlike the OWGR which uses 104 weeks. The reasoning is that a two-year rolling-period reacts too slowly, especially on the Senior Circuits where we have a huge turnover due to the 50-year-threshold and the (usually) regressing strength with each passing year.

The Strength of Field Value

…is determined by the Top 80 of the Golf Ranking for Seniors. The OWGR awards strength-of-field-points for the Top 200 players included in the field. But since the Champions and Senior Tour uses – with the exception of a few majors – fields with no more than 80 starters, it seems moot to award strength of field points for more than the best 80 seniors in the world.

Unlike the OWGR the Golf Ranking for Seniors has no minimum value for any tournaments – except for the ten points in weaker European Senior Tour events. The biggest difference is that there’s no fixed value for Major Tournaments. This is due to the complete different nature of majors on the senior circuit. First of all, there’s five of them which means roughly every sixth tournament is a major. Then there’s the different size of the fields. Some majors have only 80 starters, others have 160.

And while on the main tours everyone who is healthy and eligible to play a major participates, the elder statesmen are more selective. That’s especially true for the British Senior Open which many of the best players skip due to the travel arrangements (and/or an aversion towards Linksgolf). That’s why a fixed value of 100 points for all five majors seems not very helpful, instead they get the value according to their true strength of field value.

Another thing missing in comparison to the OWGR is a dividor cap. If you play 20 tournaments a year, your cumulated points are divided by 20. No discussion. There is however a minimum dividor established at 6 tournaments. If you play less, rough luck.

If you have a tournament with only 80 starters it doesn’t make sense that the 60th-place still gets points for his terrific performance. That’s why only half the field can cumulate points – and if you miss a cut in one of the few majors that employs a cut line, you get substracted a point since it wouldn’t be fair to those who made the cut but don’t get positive points either.

It’s one thing to calculate a Golf Rankingn for Senios based on results on the Senior and Champions Tour. But some of the geezers are still able to keep pace with the young guns. To ignore Bernhard Langers Top-10-result in the Masters or the European-Tour-win by Miguel-Ángel Jiménez seems wrong. That’s why this ranking includes a bonus point system for made cuts, Top 25s, Top 10s or wins on the main tours. There is a catch though: Every start on the main tour counts towards the dividor to separate the wheat from the chaff.

PS: If you wonder how we calculated the strength-of-field-value for the first tournaments without an existing ranking: We took the results from the senior majors in 2013 and established a manual ranking according to them. A necessary inaccuracy that will be completely phased out over the coming weeks.